Mate Competition Between the Sexes: Primatological, Cross-Cultural, and Historical Thoughts

Paul L. Vasey is Professor and Board of Governors Research Chair in Culture, Organization and Society at the University of Lethbridge in Alberta, Canada. For the past 28 years, his research has focused on understanding sexual orientation through comparative, evolutionary and psychobiological lens. Between 2000-2013, he conducted annual fieldwork in Japan on sexual behavior in Japanese macaques, with a focus on understand female homosexual behavior in this species. Since 2003, he has conducted annual fieldwork in Samoa, a culture where feminine, same-sex attracted males are identified as a non-binary gender—fa’afafine—that is distinct from men and women. In 2015, he established a second fieldsite in the Istmo region of Oaxaca, Mexico, where the local Zapotec people recognize both feminine and cisgender same-sex attracted males as a non-binary gender—muxe. This work has been complemented by his long-term research, in the lab and in the field, on cisgender same-sex attracted men in Canada and Japan. Vasey’s research has been funded by the all three of the Canadian federal funding agencies (NSERC, SSHRC, CIHR) as well as NIH.  His research has been the subject of various television documentaries (National Geographic, Discovery Channel, Nature of Things) and has been reported on in hundreds of newspapers and magazines worldwide (i.e., New York Times, TIME, Playboy, Oprah, National Geographic).

Browse and purchase conference swag for HBES 2023 in Palm Springs! 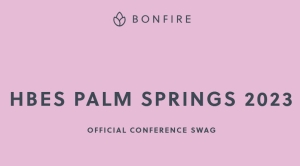